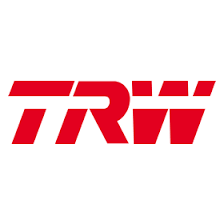 In Loving Memory of Constance Jo Merritt (Connie Fisher) Born Aug. 6 1943 in Huntington, WV.  She was 75 years old. Passed April 6 2019 in her home in Lomita, CA. Her Mother and Father moved out to California when she was a young girl. She had 2 Sisters and 1 Brother. Patty, Rosie and Roger. She went to Dominguez High School and graduated. And soon had a Daughter named Rebecca Jane Fisher- Wilson. Connie got into the Aerospace program and worked for several Companies in the South Bay area of Los Angeles, CA. She retired from TRW in Redondo Beach, CA at 55 years old, so she could Travel.. She was Happiest when she Traveled.!! She went all over the World and took many pictures along the way. She loved anything that had to do with History, Covered Bridges and Waterfalls…!!! She is survived by her Sister Patricia Ann Merritt from Columbus, NE, Her Daughter Rebecca Jane Fisher- Wilson from Hollister, MO, Her Grandson Matthew Allen Fisher from Whitewood, SD, and her Great Grandson Devin Allen Fisher from Lula, GA.

A service summary is not available