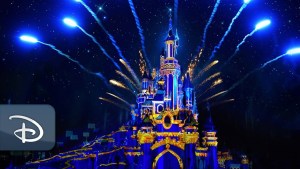 It is with heavy hearts that we share that our beloved brother George C Chapman peacefully passed away on January 4, 2021 following a four-year valiant effort dealing with challenging health issues.

Born in St. Louis, Missouri, George was the oldest of our family of 11 children born to George and Clara Chapman.  He was nine years old when the family moved to Southern California.
If you knew George, you knew a jubilant man with love of family and friends, strong in faith and quietly “doing for others”.  And what a joyous, caring and brilliant big brother he was. His zest for living encompassed a broad universe of interests, hobbies and skills.  George enjoyed many adventurous activities including river rafting the Deschutes River, snow skiing, recreational volleyball and disc golf.  He was adventurous indeed!

When we were younger, our family loved that George’s intellectual curiosity enriched our household. In the early days of television, George rescued an abandoned TV and analyzed the problem. He replaced the tv-tubes and we had our first television set!  More – a CB ham radio!  A telescope!  On those clear Santa Ana windy nights he would show us the planets, and we could see Saturn‘s rings. Dinner table conversations were diverse and often challenging to comprehend!

His love of Disneyland was legendary. He once got permission from our mom and the school principal to pull his younger siblings out of school for the day. He surprised us and took us to the Magic Kingdom!

George was a fun-loving uncle who absolutely loved the many fun times spent with his 23 nieces and nephews and 37 grand nieces and nephews.
We were inspired by and love to share that George was an early pioneer in his career as a computer programming engineer.  His math and science skills were greatly used in his computer programming for Hyland Labs, and Electronic Data Systems.

He was also a dedicated parishioner at St. Columban Roman Catholic Church in Garden Grove, CA.  He served the parish as a Knight of Columbus and as the Grand Knight for several years.

George was preceded in death by his parents, George and Clara Chapman; his sister, Patricia (Chapman) de la Torre; his niece, Gina Runyan; and his nephew, Olin Johnson.  May they all rest in peace.

The leader of our pack is gone.  In honor of George Chapman, we hope you embrace your family, faith, friends, and pursue your curiosity!

To send flowers to the family or plant a tree in memory of George Chapman, please visit our floral store.