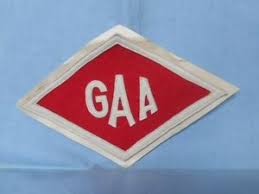 Kathy Wathen died early Friday October 26th after a long illness. She was known by her family and friends for her kind nature.  She was generous to a fault and had a deep and abiding faith in Jesus.

Kathy was born in the city of Los Angeles and lived most of her childhood in Carson, California. In her youth, Kathy was active in Girl Scouts and loved the outdoors; she served as a Counselor in Training at Osito Rancho Camp in Big Bear, and worked on summer staff at Camp Stevens in Julian.

Kathy attended Wilmington Junior High School and Carnegie Junior High in Carson. She was a 1970 graduate of Banning High School in Wilmington, majoring in Home Economics, and earning her letter sweater in the Girls Athletic Association.  She entered Harbor Junior College that year, where she met her future husband. Kathy enjoyed operating her ham radio, collecting stamps, cross-stitching, knitting and crocheting.  She loved her two kids: son James Alan Wathen, III, born in 1975, and daughter Karyn Marie Wathen, born in 1976.

Kathy studied Leadership and Management at Coastline Community College. She moved to Redondo Beach and worked in administration and computer work for a lawyer’s office.  She was later a Senior Communications Specialist at Xerox Corp in Hawthorne and also worked in a local health clinic, all while raising her kids.

In 2006 Kathy moved into Casa de los Amigos senior residence in Redondo Beach where her father was living. At “the Casa” she made many enduring friendships. In 2010, Kathy survived a battle with breast cancer, but in the last month of her life, she learned she had Stage 4 Cancer in her liver. Torrance Memorial’s Hospice program oversaw Kathy’s care for the three weeks prior to her death.

Kathy’s parents, Albert and Mary Beth Biddlecomb, predeceased her. She is survived by: her children, James (and Amy) Wathen, and Karyn Wathen; her grandsons Tobias and Lincoln Wathen; her sister, Cynthia Biddlecomb (and Paul Bradley) and brother, Mark (and Teri) Biddlecomb; nieces, Tiffany (and Christian) Scott, Heather Biddlecomb and Danielle Biddlecomb; her great-nephew Storm Scott; her aunt Joan Biddlecomb, and four cousins and their families. Kathy is also survived by her dear friends: Karen, Eve, Kittie, and the staff and residents of Casa de los Amigos.

A memorial service will be held at Gardena Valley Assembly of God on Sunday, November 4, at 4:00pm, and interment will be at Inglewood Park Cemetery the next day. The family expresses their gratitude toward Torrance Memorial Hospice and to Bay Crest Care Center for making Kathy comfortable in her last days, and to Gardena Valley Assembly of God for her memorial service. In lieu of flowers, memorials gifts may be made in Kathy’s honor to Torrance Memorial Hospice or to a cancer society of your choice.